A page-turner suspense mystery read, that you don’t want to miss!!!

How do you confront a threat that is hiding in plain sight? FBI agent Craig Frasier and psychologist Kieran Finnegan hunt an escaped serial killer in the latest explosive thriller in the New York Confidential series. 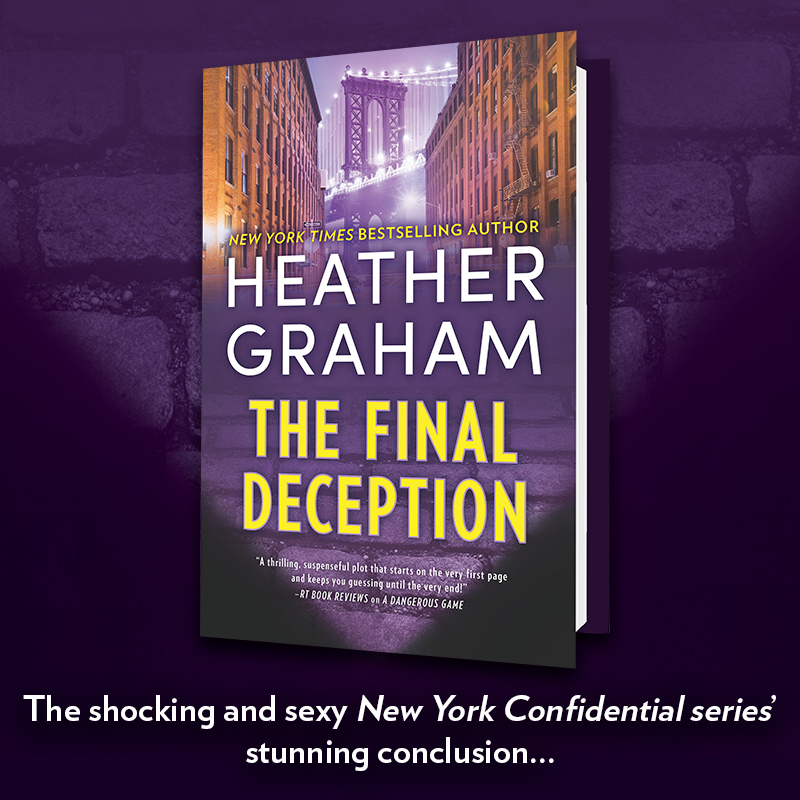 Witness the thrilling conclusion to the beloved New York Confidential series, in THE FINAL DECEPTION (MIRA Books; March 31, 2020; $26.99). Kieran and Craig are about to take on their most chilling case yet as they hunt for a deranged serial killer who has escaped from prison to satisfy his need to kill again.

When criminal psychologist Kieran Finnegan was released from her responsibility of counseling the brutal serial killer known as The Fireman, once he was incarcerated, she was relieved to escape the tendrils of his twisted inner world. The chill she received from her sessions with him has stayed with her despite trying to leave him in the past. However, some demons refuse to remain behind bars. When her FBI agent boyfriend Craig is called to a gruesome crime scene that matches The Fireman’s MO, news begins to spread that he’s escaped from prison.

And he remembers Kieran…

Amid a citywide manhunt, Kieran and Craig need to untangle a web of deceit, privilege, and greed. They suspect that those closest to the killer have been drawn into his evil, or else someone is using another man’s madness and cruelty to disguise their crimes. When their investigation brings the danger right to the doorstep to the once safe haven of Finnegan’s Pub, Kieran and Craig will have to be smarter and bolder than ever before, because this time it’s personal, and they have everything to lose.