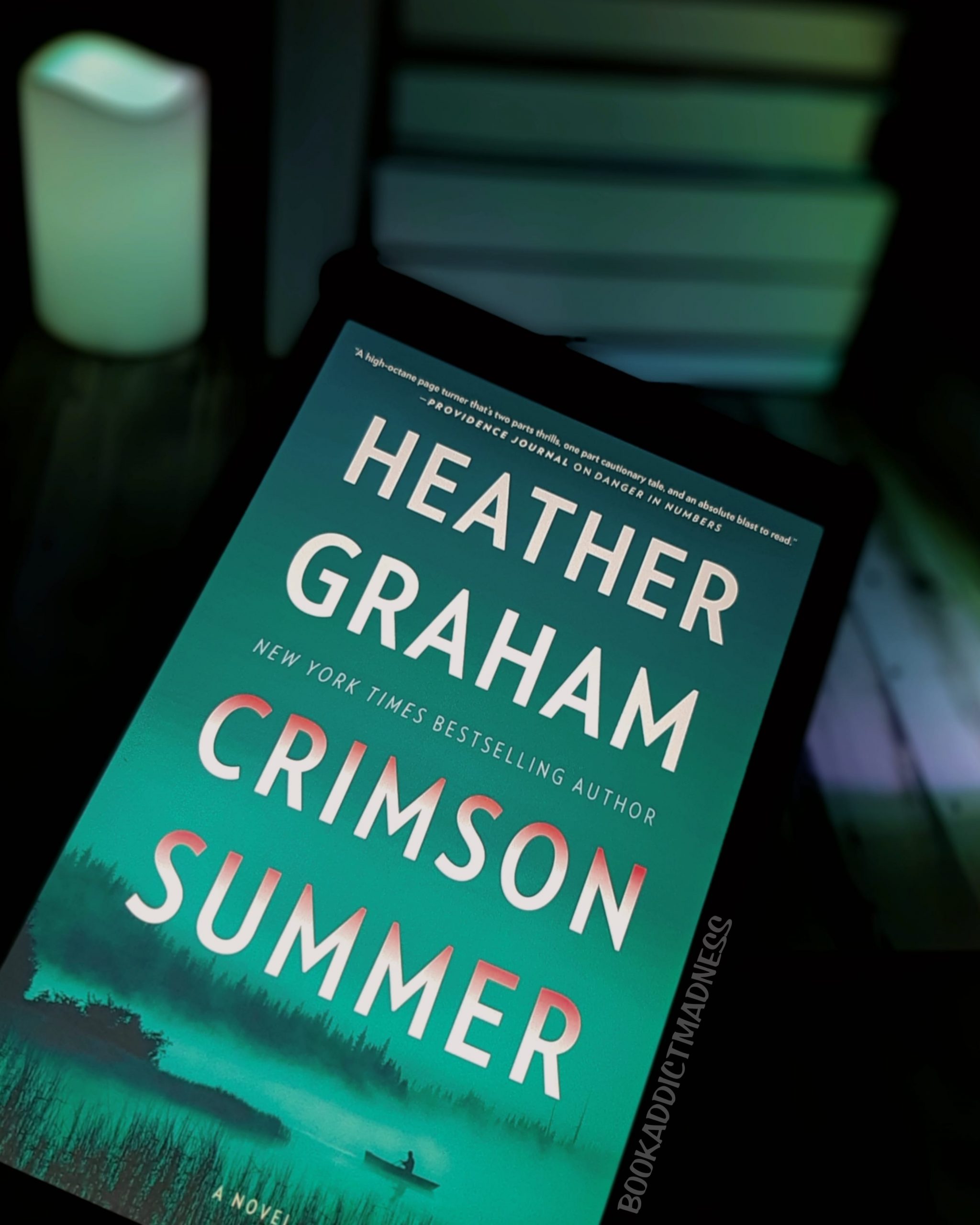 How much of a Madness : It’s so easy to read and once I read I just want to keep going.

What Madness I don’t like : a bit predictable, there’s also a repititions here and there but it doesn’t take away all the fun.

Level of this Madness Recommendation : HIGHLY RECOMMENDED if you’re looking for a fast-paced suspense read with loveable characters. 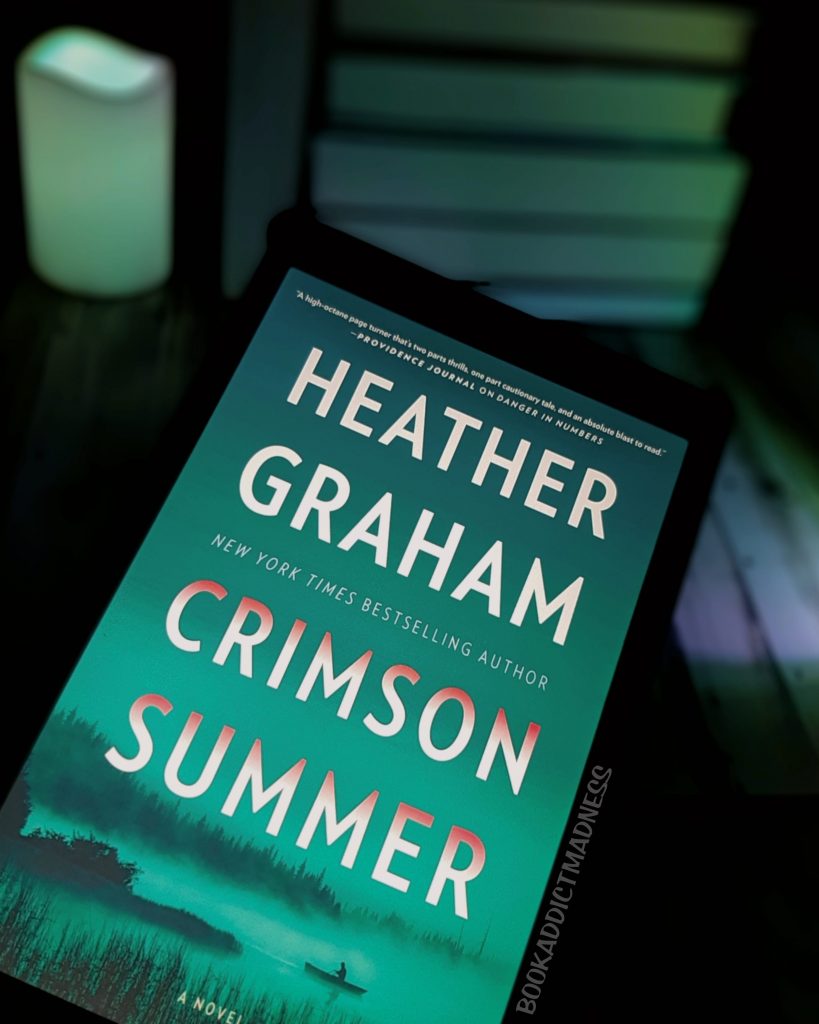 The sun was out, inching its way up in the sky, casting golden rays and creating a beautiful display of color over the shading mangroves and cypress growing richly in the area. The sunlight touched on the streams running throughout the Everglades, the great “River of Grass” stretching over two hundred acres in southern and central portions of Florida, creating a glittering glow of nature.

The sky was gold and red at the horizon, and brilliantly blue above, with only a few soft puffs of clouds littered about. Diamonds and crystals seemed to float on the water.

Such beauty. Such peace.

Then there was the crime scene.

The bodies lay strewn and drenched with blood. The rich, natural earth hues of the Everglades were caught in a surreal image, greens and browns spattered liberally with the color red as if an angry child had swung a sopping paint-brush around.

Aidan Cypress had never understood why the mocking-bird had been made Florida’s state bird—not when it seemed that vultures ruled the skies overhead. Never more so than today.

Now, as he stood overlooking the scene with his crew and special agents from the FDLE, trying to control the crime scene against the circling vultures, Aidan couldn’t help but wonder just what had happened and why it had happened this way—and grit his teeth knowing there would be speculation.

Stooping down by the body of a man Aidan believed to be in his midthirties—with dark hair, olive complexion, possibly six feet in height, medium build—he noted the shaft of an arrow protruding from the man’s gut.

All the dead had been killed with arrows, hatchets, axes and knives. Because whoever had done this had apparently tried to make it look like a historical Native American rampage.

Except the killers hadn’t begun to understand there were differences in the weaponry and customs between the nations and tribes of the indigenous peoples across the country.

In South Florida, the dead man’s coloring could mean many things; Aidan himself was a member of the Seminole tribe of Florida, though somewhere in his lineage, some-one had been white—most probably from northern Europe originally. He had a bronze complexion, thick, straight hair that was almost ebony…and green eyes.

South Florida was home to those who had come from Cuba, Central and South America and probably every island out there. The area was truly a giant melting pot. That’s how his family had begun. In a way, history had created the Seminole tribe because there had been a time when settlers had called any indigenous person in Florida a Seminole.

But while the killers had tried to make this look like a massacre of old, the dead men were not Seminole. They were, Aidan believed, Latino. He could see tattoos on the lower arms of a few of the dead who had been wearing T-shirts; a single word was visible in the artwork on the man in front of him—Hermandad.

“What the hell happened here, Aidan?”

Aidan looked up to see that John Schultz—Special Agent John Schultz, Florida Department of Law Enforcement—was standing by his side.

John went on. “It’s like a scene out of an old cowboys and Indians movie!”

Aidan stared at John as he rose, bristling—and yet he knew what it looked like at first glance.

“It’s not native to this area. Look at the arrow. That wasn’t made by any Seminole, Miccosukee or other Florida Native American. That is a western wood.”

Aidan shook his head. He liked John and respected him. The older agent was experienced, a few years shy of retirement. The tall, gray-haired man had recently suffered a heart attack, had taken the prescribed time off and come back to the field. They’d worked together dozens of times before. He could be abrasive—he had a sometimes-unhappy tendency to say what he thought, before thinking it through.

A few years back John had been partnered with a young woman named Amy Larson. It had taken John a long time to accept her age—and the fact she was female. Once he’d realized her value, though, he’d become her strongest supporter.

And Aidan missed her. She softened John’s rough edges.

She was still on holiday somewhere with Hunter Forrest, the FBI agent she’d started dating. They were off on an island enjoying exotic breezes and one another’s company minus all the blood and mayhem.

Aidan stopped lamenting the absence of his favorite FDLE agent and waved away a giant vulture trying to hone in on a nearby body.

Half of the corpses were already missing eyes and bits and pieces of skin and soft tissue.

Aidan sighed and looked around. There were twenty bodies, all of them male, between the ages of twenty and forty, he estimated.

Because he’d noted the tattoos on a few of them, and using his own years of experience, he theorized the dead were members of a gang. Florida had many such gangs. Most were recruits from the various drug cartels, resolved to hold dominion over their territories.

He looked at John, trying to be patient, understanding and professional enough to control his temper. “You know, you may be the special agent, but I’m the forensics expert, and this was not something perpetrated by any of the Florida tribes—or any tribe anywhere. I can guarantee you no one sent out a war party to slaughter some gang members. Someone tried—ridiculously—to make this look like some Natives did this.”

The apology was earnest. “Okay. Let’s figure out what really happened.”

The corpses were in something of a clearing right by a natural stream making its way through hammocks thick with cypress trees and mangroves and all kinds of underbrush.

While the area was customarily filled with many birds—herons, cranes, falcons, hawks and more—it was the vultures who had staked out a claim. The bodies lay with arrows and axes protruding from their heads, guts or chests, as if they’d fought in a bloody battle. And now they succumbed to decay on the damp and redolent earth.

John followed Aidan’s gaze and winced. “It’s a mess. Okay, well…all right. I’m going to go over and interview the man who found this.”

“Jimmy Osceola,” Aidan said. “He’s been fishing this little area all his life, and he does tours. Two birds with one stone. Members of his family work with him and all of them fish and take tourists out here. He has a great little place right off I-75. It’s called Fresh Catch, and his catch is about as fresh as it gets. Catfish. He’s a good guy, John.”

“I believe you. But we’re going to need a break here—you and your team have to find something for me to go on.”

Aidan stared at him, gloved hands unclenching at his sides. John was rough around the edges and said whatever came to mind, but he was a good cop.

He’d be hell-bent on finding out just what had gone on here.

Aidan told him what he’d heard. “Jimmy was out with a boatload of tourists—they’re right over there. See—two couples, a kid who just started at FIU and two middle-aged women. The first officers on the scene made sure they all stayed. Go talk to them. They look like they came upon a bloodbath—oh, wait, they did.”

He headed off to talk to Jimmy Osceola and the group with him.

Aidan studied the crime scene again, as a whole.

First, what the hell had all these men been doing out here? A few of them looked to have been wearing suits; most were in T-shirts and jeans.

The few bodies he had noted—not touching any of them, that was the medical examiner’s purview—seemed to bear that same tattoo. Hermandad.

That meant a gang of enforcers in his mind, and he was sure it was a good guess.

Had a big drug deal been planned?

They were on state land, but it was state land traveled only by the local tribes who knew it. The park service rangers also came through, and the occasional tourist who arranged for a special excursion into the wilds.

All they’d see today, however, would be the vultures.

He heard his name spoken by a quiet female voice and he swung around.

Amy Larson was not enjoying an exotic island vacation.

She was standing just feet from him, having carefully avoided stepping on any of the bodies, pools of blood or possible evidence. She was in a navy pantsuit, white cotton shirt and serviceable black sneakers—obviously back to work.

No matter how all-business her wardrobe, Amy had blue-crystal eyes that displayed empathy and caring. She was great at both assuring witnesses and staring down suspects.

“What are you doing here, Amy?” Aidan asked her. “You’re supposed to be sunbathing somewhere, playing in the surf with Hunter.”

“It was great. Champagne, chocolates, sun, surf, sand…” She sighed.

“And a little red horse—like the one from last month’s crime scene—delivered right to the room,” she said. 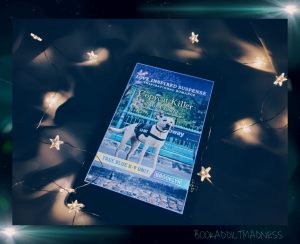 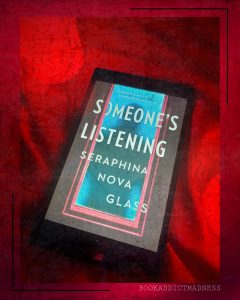 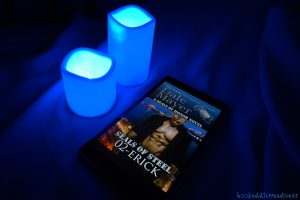 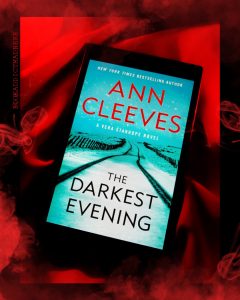 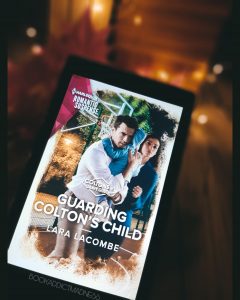 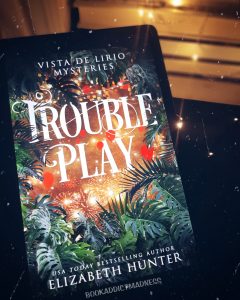